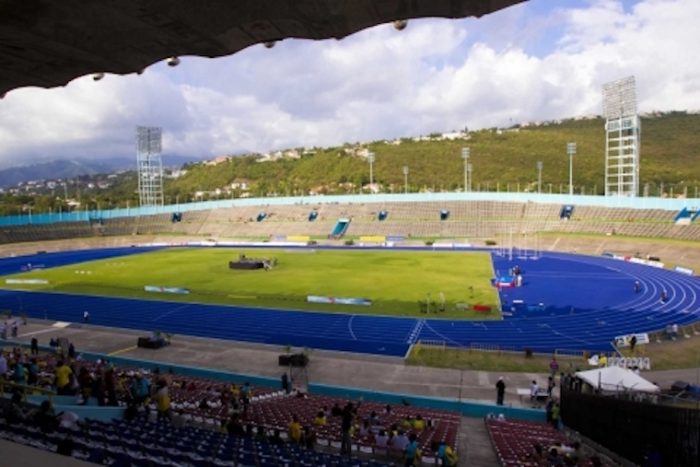 This article was first published in the March 2013 issue of the B Inspired eZine.

As a young footballer, Wayne Jones Jr. hoped to impress his coach and earn a place on the Kingston College football team. To his disappointment, he soon realised that the coach’s decision was not based on a player’s performance metrics, but on preference and a gut feeling.

A few years after completing his Bachelor’s degree in Computer Science and Information Technology at the University of Technology, Jamaica in Kingston, Jones decided to address the lack of performance statistics in Caribbean sports by founding SKORA Sports.

Skora distributes credible sports data to fans and professionals in the sports industry, the media, educational entities, and to the betting and entertainment industries. “Caribbean sports data is poorly recorded, leading to a loss in integrity and accessibility. The increased attention and performance of Caribbean countries, combined with current manual, archaic systems, make this an interesting space with lots of potential,” says Jones, who was admitted into Cohort 3 of the Branson Centre of Entrepreneurship last September.

“When we beat teams from all over the Caribbean in the Sports Hackathon in June 2012, SKORA was still just an idea and barely an app. The Branson Centre has helped us think about SKORA as a business that encompasses apps and many other revenue and employment-generating opportunities,” he adds.

However, after the competition, Jones hit a wall in his search for funding. Small business loan providers required him to put up collateral twice the amount of the loan requested and would only accept a house title, a car title or land. He had none of these.

Jones needs an additional US$25,000 to cover development and customer acquisition costs while taking his product from the prototype stage to the first year of full operation. “We’re looking for more than just funding. We would love to have someone who can also offer guidance, help secure key partnerships, and help to acquire customers.”

As a seed-stage technology company, Jones is not yet in a position to take on debt. He has already tapped out his personal savings and money from his parents and relatives to get to this stage. Now he is thinking seriously about angel investors and crowdfunding.

Problem: Wayne has found that Jamaican angel investors are risk-averse, particularly with technology companies. “If you don’t know the right people, you are locked out of capital.”

Solution: Network, network, network. Angels invest in the people they trust to execute on great ideas. They key word here is trust.Building this trust takes time. Getting in front of the right people takes time. The more conferences you go to, people you pitch to, and publicity you generate, the greater the chance that you will meet the right person. It’s a bit like dating. Don’t give up.

Problem: “I’ve thought about crowdfunding a bit, but I’m not sure it’s right for SKORA.”

Solution: Screw it, just do it. Unlike angel investment, where one person typically takes a larger stake in a small business, with crowdfunding an entrepreneur can attract a ‘crowd’ of people – each of whom takes a small stake in a business idea.

The key to running a successful crowdfunding campaign is to first generate a tonne of publicity to direct potential contributors to your landing page. The critical next step is to convert them into backers with a strong call to action that pulls on their emotions. Backers of campaigns on Kickstarter and Indiegogo contribute because they want to be a part of your journey. These sites allow you to tell your story through video, text, and images on your landing page.

The Jobs Act in the United States comes into effect this year and allows companies to use crowdfunding to raise equity rather than just to raise contributions. This will be a tremendous opportunity for entrepreneurs around the world.

Update: A few weeks ago, Wayne was chosen as a Branson Centre Ambassador to Inc. Magazine’s GrowCo conference in New Orleans in April, where Richard Branson will be the keynote speaker. Wayne is now planning an April launch for his crowdfunding campaign to coincide with his trip to the conference. “I hope to use this campaign to raise the US$25,000 I need to fund the company. Wish me luck!”