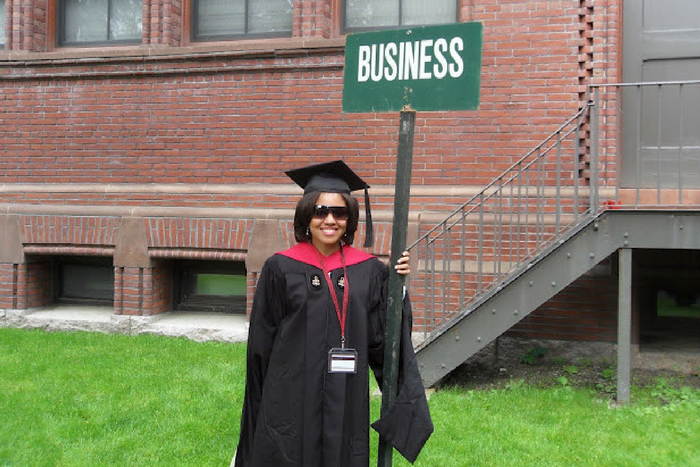 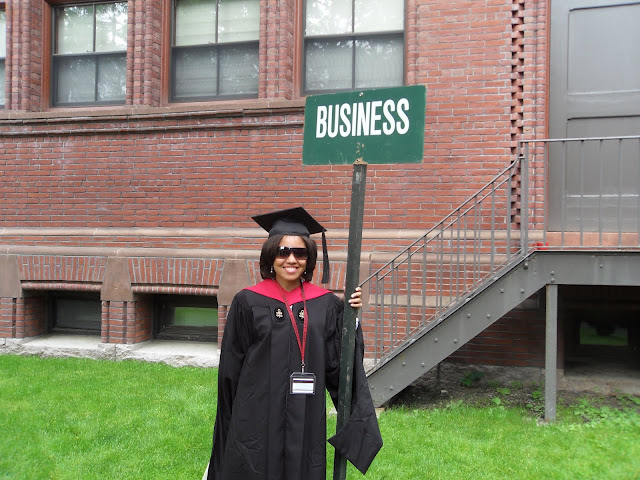 Many people think that going to Harvard Business School guarantees future success, and it can – if you are willing to stick to the tried and true path of corporate strategy, consulting, or investment banking. If you want something different from your life, if you want more meaning, if you want to feel as though you chose the path you are on and were not ushered along by some unforeseen force, then the way forward is much less clear. Every decision point requires deep soul searching and you cannot escape comparing yourself to classmates who took the traditional path to success.

I was confused and lacked focus during my post-HBS job search. I could not hold a vision of who or even where I wanted to be after HBS and so did not know what path to take because I did not know the goal.

I thought it would be fun to live in D.C. so I applied for jobs in real estate, economic development, and with the Atlantic magazine. Then I decided I wanted to live somewhere sunny, so I applied to Disney and Fox Studios in L.A., wrote emails to alumni living there and got quite a few networked job interviews.

By May 2010, there were relatively few HBS graduates that had jobs and the school offered to pay students $500 to fly anywhere in the U.S. for job search related activities. My friend and I took the opportunity to sightsee in L.A. for ten days in addition to going on interviews. The weather was great, but something was missing. In every job I applied for, every city I visited, I did not get the feeling that I was heading in the right direction. I felt aimless. I did not know what else to do but return to Jamaica.

So, surprisingly, I did what I said I would do in the CNBC interview two years before and returned to Jamaica immediately after graduating. The now former Minister of Finance offered me a job in Corporate Strategy at a large conglomerate where he was now Chief Operating Officer.

Many of us who move back to our home countries have problems figuring out the right way to reinsert ourselves into a smaller society after having global experiences through HBS. I felt trapped and stagnant when I first moved back. How did I go from being featured on CNBC and living the fast life in New York to being right back where I started?

Did I even like business? It seemed to be a never-ending stream of menial administrative tasks rather than the thinking through of big ideas and how to implement them. I felt myself sinking deeper and deeper into a listless, task-oriented life, with no end in sight for the next 40 years until retirement. An endless monotony of days.

On a random Tuesday, I reached my internal threshold for feeling stagnant and had to break free. I submitted my resignation seven months after joining the company.

I was not sure what to do next, but was intent on feeling my way into my next job –leading with my instincts instead of my head.

Jamaica is famous for its track stars and the company I had just resigned from is a title sponsor of the High School Boys and Girls Championships – our breeding ground for Olympic talent. There were a few weeks left before my last day and I sought to experience the glory of Champs for the first time. I was sitting in the VIP box with my soon-to-be former bosses when they pointed someone out to me who was sitting a few rows above. “You should meet that guy.”

At 31 years old, Richard Powell was a multi-millionaire after organizing a small group of investors to buy a company in Orlando for $12 million in 2004 and sell it seven years later for $200 million. He too was Jamaican and a Harvard graduate and happened to be looking for someone to run business development for his latest venture. Serendipity.

This new role filled many gaps that were missing from my previous job: working in a fast-paced environment with young, dynamic people; utilizing the HBS network to create connections and value; exposure to global players and global business; international travel. They say that once you take the leap into the unknown, opportunities you never dreamed of begin to appear.  Working with Richie and his team just felt right.

But one year later, work began to feel tedious and the familiar doubts started to creep in. Am I doing what I was meant to do with my life? Am I living as fully as I should be? This time, I had no choice but to admit that I have the same disease that afflicts many millennials: perpetual dissatisfaction.

I am currently trying to understand if I am just experiencing “the dip” as Seth Godin refers to it – where if I just push through the resistance a little longer, I will ultimately be successful and satisfied – or whether the choice I made at sixteen to forego my dream of becoming a writer in favor of studying Economics is now coming back to haunt me.

The choice ahead of me is either to recommit to the path I am on and see it all the way through, or follow Steve Jobs’ advice and pursue my passion so that what I do no longer feels like tedious work. It is a very difficult choice to make. The question that plagues me is this: if I had $10 million sitting in the bank, what would I do with my life?