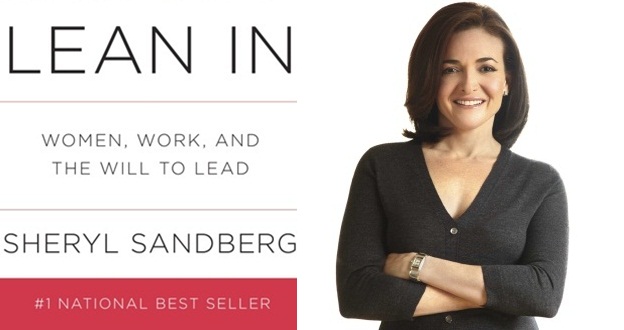 “Integrating professional and personal aspirations proved far more challenging than we had imagined. During the same years that our careers demanded maximum time investment, our biology demanded that we have children. Our partners did not share the housework and child rearing, so we found ourselves with two full-time jobs. The workplace did not evolve to give us the flexibility we needed to fulfil our responsibilities at home. We anticipated none of this. We were caught by surprise.” – Sheryl Sandberg, Lean In: Women, Work, and the Will to Lead

I did not expect to love this book. I had (partially) listened to some of Sheryl Sandberg’s speeches about women needing to take responsibility for their lack of representation at senior levels of leadership. But I agreed more with Anne-Marie Slaughter’s viewpoint – that corporate culture needed to change first to enable women to make greater contributions without sacrificing their families. In “Why Women Still Can’t Have it All,” Slaughter quotes Jolynn Shoemaker, the director of Women in International Security: “Inflexible schedules, unrelenting travel, and constant pressure to be in the office are common features of these [senior] jobs.” These features prevent many women from being present with their families.

I am guilty of deliberately pulling back from the workforce, rather than leaning in, in order to pursue  a more balanced life – with time for family, friends, exercise, and romance. I felt that my life revolved too much around work as a consultant at Bain & Co. in New York City. I worked long hours and remember being regarded with suspicion when I declared to my team that I was leaving dinner early to make it to the gym before it closed – the one day in two or three weeks that I had time to go to the gym.

Having a more balanced life was the biggest reason I moved back to Jamaica after graduating business school, rather than staying in the U.S. So I approached Sandberg’s book with some skepticism – I was unwilling to continue to sacrifice my life for my work.

But she surprised me. She addressed my concerns head on, then proceeded to eliminate them one by one. She agrees that we have to change our institutions to be more friendly to women, but she wants to use her platform to address internal obstacles that keep us from reaching the top. Let Slaughter go after the institutions.

In Chapter 1, Sandberg gets to the heart of the matter:

“When a woman excels at her job, both male and female coworkers will remark that she may be accomplishing a lot but she is ‘not as well-liked by her peers.’ She is probably ‘too aggressive,’ ‘not a team player,’ ‘a bit political,’ ‘can’t be trusted,’ or ‘difficult.’ At least, those are all things that have been said about me and almost every other senior woman I know.”

They have definitely been said about me as well, and caused me to doubt myself. As a result, I have deliberately pulled back from achievement in order to be more feminine, and more likeable. The following line really hit home for me:“In response to this negative reaction, we temper our professional goals…In order to protect ourselves from being disliked, we question our abilities and downplay our achievements, especially in the presence of others. We put ourselves down before others can.”

After the CNBC documentary I was featured in aired, I watched it only once for years, and was quick to deflect or dismiss any compliments on my achievements. I grew out my hair to avoid being recognized. I tended to leave the room when anyone started playing the video.

The issue of success and likeability is just one of many she addresses in the book. She exhorts us to sit at the table with confidence, make our partners 50/50 in the home, and to not leave the workplace until we truly have to – i.e. on the due date for our babies instead of months (or  years in my case) in advance.

The issues raised in this book may seem like common sense, but they are very real, and have significant impact. I share her belief that gender equality in leadership positions will lead to a more just world. By writing so convincingly and from such a large platform, Sandberg is bringing these issues front and center and forcing all of us to question our choices. I am not willing to give up the autonomous lifestyle I have now in order to re-enter the corporate world, but I am definitely searching for more ways to lean in to the my work. Vigorously.

One thought on “A Review of Sheryl Sandberg’s Lean In.”